Digitalmarkettime.com
Home Health & Fitness Sessions Threat to Legal Marijuana: What it Means for You
Facebook
Linkedin 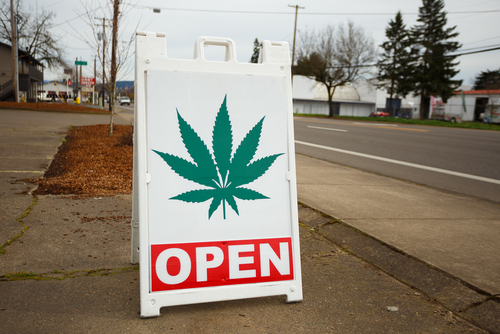 If you’ve tuned in to any news source recently you’ve probably heard about the recent move by Jeff Sessions (US Attorney General) to rescind the Cole Memo. The Cole Memo, which stated that individual states have the right to regulate marijuana as they see fit, was a memorandum released in 2013 under the Obama administration by then US Attorney General James Cole.

To put it simply, what the Cole Memo said was that the federal government would not interfere with states that have legalized marijuana, regardless that it is still a Schedule 1 drug under the Federal Controlled Substances Act. Current AG Sessions has rescinded that memo and caused a ripple of outrage and fear among the many Americans who have voted for or partaken in marijuana either recreationally or medically.

So what does this mean for medical and recreational users in Washington state? We’re here to help clear up many of the questions and concerns we’ve heard in the dispensary since the statement was released.

First and foremost, we should tell you that we are operating business as usual. Be assured we will be here for you and continue to carry the products you love, and need, with the same friendly faces you recognize. Mary Jane’s House of Grass is a medically endorsed store. Should recreational use come under attack, we intend to hold our ground as a medical shop.

“In Washington state we have put in place a system that adheres to what we pledged to the people of Washington and the federal government; it’s well regulated, keeps criminal elements out, keeps pot out of the hands of kids and tracks it all carefully enough to clamp down on cross-border leakage. We are going to keep doing that and overseeing the well-regulated market that Washington voters approved.

“Make no mistake: As we have told the Department of Justice ever since I-502 was passed in 2012, we will vigorously defend our state’s laws against undue federal infringement.”

Other leaders in legalized states have come forward to oppose the memo. Senator Ron Wyden from Oregon, another legal recreational state, said, “Trump promised to let states set their own marijuana policies. Now he’s breaking that promise so Jeff Sessions can pursue his extremist anti-marijuana crusade. Once again the Trump administration is doubling down on protecting states’ rights only when they believe the state is right.”

Colorado Senator Cory Gardner tweeted his response stating that the issue “must be left up to the states.” He went further to threaten to hold up the confirmation of DOJ nominees.

The feeling and pulse in the industry are certainly charged, but with the support of our state government, and the support of other legalized states, we hope to prevail over those who are opposed to and/or uneducated about marijuana legalization. The end of prohibition was never expected to be easy, but we intend to keep up the fight. We remain hopeful and will continue to carry on.

Choosing the Right Hospital Furniture Supplier For Your Healthcare Facility