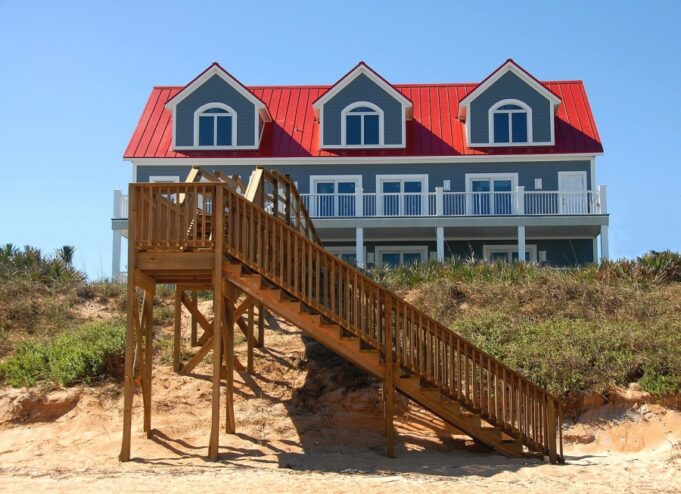 If you’ve ever dreamed of living by the beach, you aren’t alone. Most of us like to think about what it would be like to spend every day of our lives in a perpetual vacation state, with the sea air every time we walk outside our door.

With that being said, it doesn’t have to be.

Some beach towns are more affordable than others, and you may be able to find a better deal than you’d expect.

Venice is located between Sarasota and Port Charlotte. It’s on Florida’s Gulf Coast, and it has beautiful white-sand beaches. Interestingly, it’s also known as the “Shark Tooth Capital of the World.”

Venice, Florida has homes at varying price points, and you can even find three-bedroom homes with water views for around $350,000.

Venice was voted as one of the “Happiest Seaside Towns 2015” by Coastal Living magazine and the city is home to four main beaches. These include Venice Municipal Beach, which is the most popular, Nokomis Beach, South Broward Beach, and Caspersen Beach.

The city also boasts 12 structures on the National Register of Historic Places, including the Valencia Hotel and Arcade, and Hotel Venice.

The Jersey Shore is often talked about on TV and in pop culture, but there are some really beautiful areas along the coast. Toms River is one example that happens to be scenic as well as affordable.

Toms River is set along the Atlantic Ocean as well as the fishing destination of Barnegat Bay. It’s a historic city with a charming downtown, and there are one-bedroom homes that are available for around $125,000.

It’s even possible to find waterfront property for around $349,000 in Toms River.

Gulfport is the second-largest city in Mississippi, and it’s a location with a fun, festive and laidback atmosphere. There’s an entertainment district set on the water and plenty of tourist-friendly activities. The median home price also happens to be $127,239.

Melbourne is in Florida’s Brevard County, and it’s often ranked as one of the best places to live in the state because it is so affordable. This is in addition to the fact that Florida has no state income tax.

Melbourne is known for offering an abundance of outdoor activities, most of them involving the water. For example, Melbourne is one of the most popular places for surfers on the Space Coast.

Melbourne is close to the Kennedy Space Center, and the schools are considered among the best in Brevard County.

Pensacola, Florida is a good beach destination because real estate is relatively affordable, but you might also be able to find investment opportunities because it’s a popular destination among travelers.

Located on the Gulf of Mexico, the median sales price for homes in Pensacola was around $157,000 last year.

If you’re thinking about an investment property, along with being affordable, Pensacola attracts millions of visitors a year.

The cost of living also happens to be 12.7% lower than the national average.

Finally, North Carolina has beautiful beaches, but some of them can be fairly pricey to buy a home in. One of the more affordable and no less scenic communities in Morehead City. It’s a small town with plenty of restaurants and bars. The median home value is around $223,000.

Downtown Morehead City is waterfront, and there are frequent live events that bring the community there, particularly during the summer.

Morehead City is also home to the Big Rock Blue Marlin Tournament and has an active sportfishing community.

Why Choose POOLWORLD As Your Air Source Heat Pump Supplier?