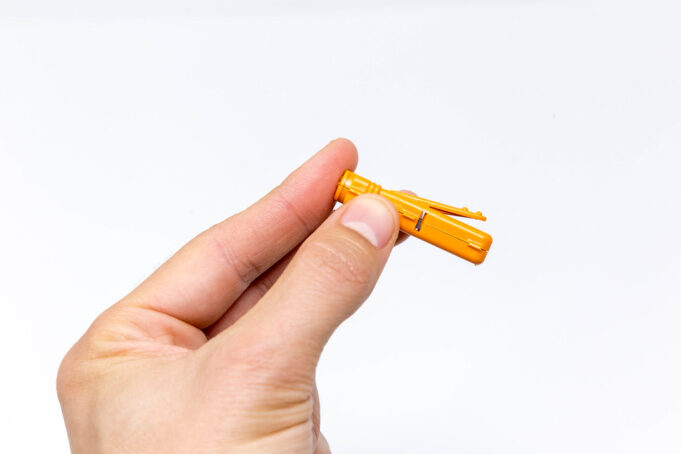 Gluten Intolerance – if you are living in this era,  you have probably heard this term a few times. It is one of those terms that seems a little over-used and exaggerated, but there is some truth behind it. There are varying levels of gluten intolerance that are becoming more common in our society today, and it is essential to understand the differences, whether you are suffering from one, or just trying to support your loved ones who are suffering from this. We have put together a ton of information about gluten intolerance, and how you can keep up the right diet for yourself as well as supporting what your friends and family may need to stay healthy.

It is a fundamental question to answer first before we can understand why and how to avoid eating gluten. A Protein, found in several grains is called Gluten, notably wheat, rye, and barley. Not all grains contain gluten (for instance, rice, oats, and seeds naturally do not contain any gluten), but all gluten is present in grains (meaning you will not see gluten in any other sources, like veggies or meats). In general, gluten helps with the structure and elasticity of its recipes, as well as trapping gasses to help doughs rise. It means that, on a fundamental level, almost anything you can think of that “rises” (cake, bread, etc.) will contain gluten, although this distinction is not always 100% correct. It is the right starting place, though, from which to delve a little deeper.

So, how are we “intolerant” to gluten? Is this a political move? Three primary conditions are typically conflated with gluten intolerance: wheat allergy, Celiac Disease, and Non-Celiac Gluten Sensitivity (NCGS). The distinction between these conditions is essential, as we need to react to them and treat them differently.

A wheat allergy is more immediately life-threatening, in that symptoms occur more immediately after consuming wheat, and can be as severe as causing anaphylaxis. An allergen panel can be used to decide if you have a wheat allergy, and typically wheat allergies are limited to only wheat (meaning that you could eat other gluten-containing grains such as rye or barley). Wheat allergies are among the top 8 allergens in the United States and are treated by avoiding wheat products, as well as potentially carrying an Epi-pen if your allergy is severe.

Celiac Disease is an autoimmune disease that causes intestinal damage upon the ingestion of gluten, specifically. More than 2 million Americans are undiagnosed with Celiac Disease, which can lead to long-term issues such as pancreatic disorders, miscarriages, and osteoporosis or arthritis. A blood test will be taken to diagnose People with Celiac Disease, followed by an intestinal biopsy, and is treated by merely maintaining a gluten-free diet. Celiac Disease is typically for those who are most sensitive to gluten – we recommend separate kitchen areas and appliances (toasters, for instance) for anyone with Celiac, as even a crumb can cause a flare.

Signs and Symptoms of Gluten Intolerance

Recognizing the signs and symptoms of a Non-Celiac Gluten Sensitivity issue can be tough, as their severity varies from patient to patient and many of the symptoms can be indicative of several other conditions as well. The most common symptoms are abdominal discomfort, headaches, fatigue, and mental fatigue (you may have heard of “brain fog”). If any of these issues are persistent in your life, then it may be a good idea to ask your healthcare professional about the potential for gluten sensitivity. The evidence suggests that there are some two and a half million people undiagnosed with Celiac disease in the United States alone, and it is believed that there are as many or more with Non-Celiac Gluten Sensitivity who are unfortunately not diagnosed. Many times, the symptoms of Non-Celiac Gluten Sensitivity are attributed to other conditions, like migraines, stress, or general fatigue, without realizing that there is a real issue that can be addressed. Talk to your doctor about these symptoms, even if they are not severe, as you could be in for a tremendous quality of life upgrade!

In fact, most people after diagnosing with gluten intolerance report very severe symptoms. The number one treatment for both Celiac Disease and Non-Celiac Gluten Sensitivity is to avoid gluten in your diet, and while it may be tough, it can be beneficial. If your symptoms are severe, then you will likely want to cut out 100% of the gluten in your diet. However, even if your symptoms are less extreme, it can be helpful to know what is causing them so you can decide when you would like to avoid gluten if you are not going full-time gluten-free.

At its most basic, a gluten-free diet should not consist of any wheat, barley, or rye. The going standard for entirely gluten-free products is about 20 parts per million of gluten (basically, a tiny, tiny amount). Here at Bob’s Red Mill, we use that same standard and even built an entirely separate gluten-free facility to produce all of our gluten-free labeled products. Unfortunately, not all labels are created equal, though, and you may need to watch out for some items you may consider gluten-free. Even if a thing is naturally gluten-free or labeled as such, it may have been produced in a facility that also processes gluten. We recommend washing all fruits and veggies before you eat them, and checking out any gluten-free labels you may see for authenticity. Websites like Celiac Disease Foundation have helpful resources and lists that will tell you some reliable brands that will be safe to consume for someone with gluten sensitivity. Keep in mind that your intolerance may be different from someone else’s, so even if a particular food does not explicitly bother you, it may bother someone else with gluten intolerance – try not to make too many judgments, as so little is known about the exact causes of Non-Celiac Gluten Sensitivity.

Eating out can be a tough road to manage if you are working on a particular diet of any kind. While most places these days have a gluten-free option, you may want to avoid restaurants that heavily rely on menu items with gluten in them – sandwich shops, pizza, or pasta places, for instance – and go to more restaurants that are not so reliant on wheat. At a Mexican restaurant, such as, you can almost always find corn tortillas instead of flour, or Chinese places have many dishes that contain rice noodles. If you must have your pizza or pasta, many restaurants now serve gluten-free crust, noodle, or bread options, or you can always make your own at home – cauliflower pizza crust, for one, is delicious and healthier than your typical crust.

Luckily, the rise of diagnosed gluten intolerance has led to more advanced studies on it as well as more sensitivity to your particular dietary restrictions. There are a large number of gluten-free food substitutes on the market, including many of the flours and grains that we offer here at Bob’s Red Mill! With a little extra planning and effort, your body will thank you for going gluten-free once it realizes what was causing all of your undue strain. You are the best judge of what is happening with your body, so definitely consult a healthcare professional if you feel any of the symptoms of gluten intolerance! You may have any of the conditions above, but it is always better to know how to handle your symptoms than to guess and try to treat yourself. Try some of our favorite gluten-free products and recipes here (link) and let us know in the comments which one is your favorite!

Foods that Cause Eczema and Natural Remedies to Get Rid

How to Detox from Sugar with 7 Benefits